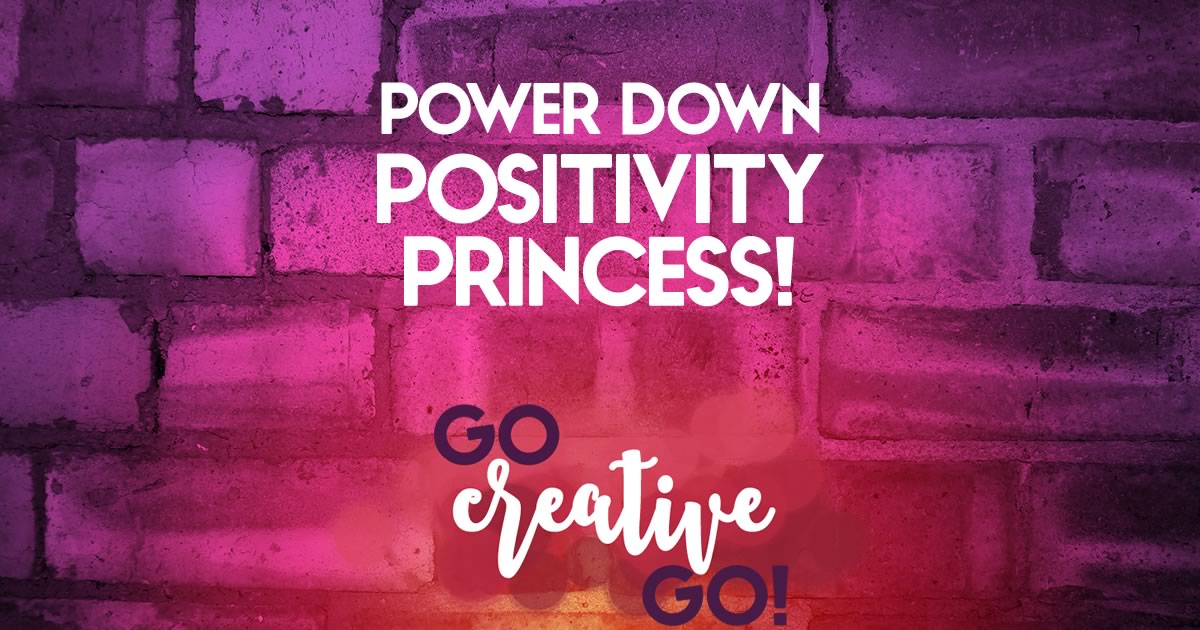 Before I get started, I feel I have to share a disclaimer! I AM NOT against positivity. If I am against anything it’s the idea that a positive attitude alone is all you need to succeed. That’s what I’ll be discussing if you choose to continue reading.

Let’s take a look at a couple quotes that are frequently shared across the Internet. Quotes that make me grit my teeth, roll my eyes, sometimes even smack my mouse down hard.

Don’t aim for success if you want it; just do what you love and believe in, and it will come naturally. ~David Frost

Do what you love and the money will follow. ~Marsha Sinetar

If you do what you love, you’ll never work a day in your life. ~Marc Antony

Now, the fun part for me. Debunking the ridiculosity (one of my made up terms that truly fits the topic) of each of these quotes.

None of the three quotes above factor in what we know to be true about success. You have to work for it. Nowhere is anything but loving what you do mentioned. Love what you do and that’s all it takes. What a crock of crap!

There’s no mention of the hard work. The fatigue. The customer complaints. The looming deadlines. The computer crashes. The software failures. The warranty issues. I could continue with this list for paragraphs.

I’m thrilled to do something I love in order to make a living. But let’s be perfectly clear. I work my ass off. Every single day. The alarm clock sounds off early and sometimes it’s quite dark and cold before my day is through. When projects are due and deadlines are looming, I often have to knuckle down on a weekend rather than getting out for downtime.

Positivity is fantastic as long as it isn’t used to mask reality. Too often I see quotes that don’t factor in the reality of running a business. It’s not easy. It’s not a perfectly pink primrose path. Sometimes you end up walking over a bed of nails or hot coals. Sometimes you have to grit your teeth and dive into a mess. Hard work trumps a pithy quote any day of the week!

Here’s a quote that actually makes that clear:

To do what you love can sometimes be stressful. ~Toni Braxton

Positivity is a wonderful thing. I truly believe that. But positivity that isn’t grounded in reality, that doesn’t factor in that we don’t live and work in a bouncy pink bubble doesn’t do anyone any good. Positivity in the face of challenges is what takes people to the top.

When positivity is promoted as a cure all that doesn’t require hard work, sacrifice, knowledge, learning and creativity, it’s a disservice. Positivity is part of success. Perhaps the biggest part. But it’s not enough alone.

There is no positive without the negative. It’s all a careful balance. A life with only sunshine and no rain clouds would lead to scorched earth.

Do you think you balance positivity with reality? If so, how? 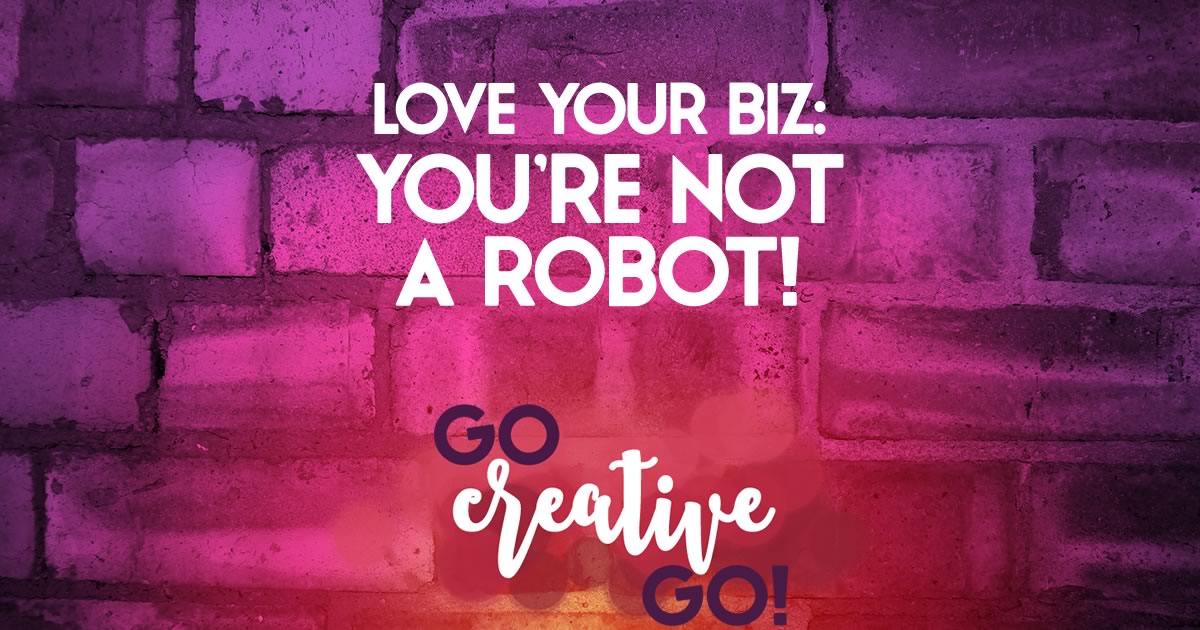 If you love what you do, you’ll never work a day in our life!

I’m sorry, but to resort to some pre-Super Bowl football language, I’m going to have to throw a flag on that play!

I absolutely, without doubt, every ding-danged day – LOVE what I do for a living. Owning my own business means I that I engage in what I call “better business.” I get up and go right to it most mornings. But, yes – there’s a but …

I work my proverbial pardukey off each and every day, including evenings, weekends, holidays and sometimes while I’m on vacation. Working hard, working long hours, building your business – they’re part of loving what you do, part of building that better business! Sometimes I work through illness and sometimes I have to cancel fun plans to meet deadlines or to keep on track with monthly tasks, reporting and goals. I still love what I do, but I do, occasionally, have to give things up.

It’s the me that I put into the effort that makes me love what I do, what I produce. My love for what I do doesn’t control me, or automate my actions. My love for what I do allows me to better control my business. I make decisions, some more difficult than others. I don’t just forge forward each day on the same path, automatic, automated and robotic.

We’re not robots, we’re human beings. We get tired, some days we’re feeling more up or decidedly more down than others. We get sick, get the sniffles, have bad hair and pajama days as we settle in front of the computer. This, our humanity, is what we pour into our businesses.

Just as you wouldn’t automate everything you share via social media, you can’t automate everything about yourself when you’re running a business. To say “you’ll never work a day in your life” if you love what you do demeans that love. Because we go all out, give our best and make the most effort when we’re really into something, when we really love what we do.

Hopefully this is another ridiculous blanket statement debunked. 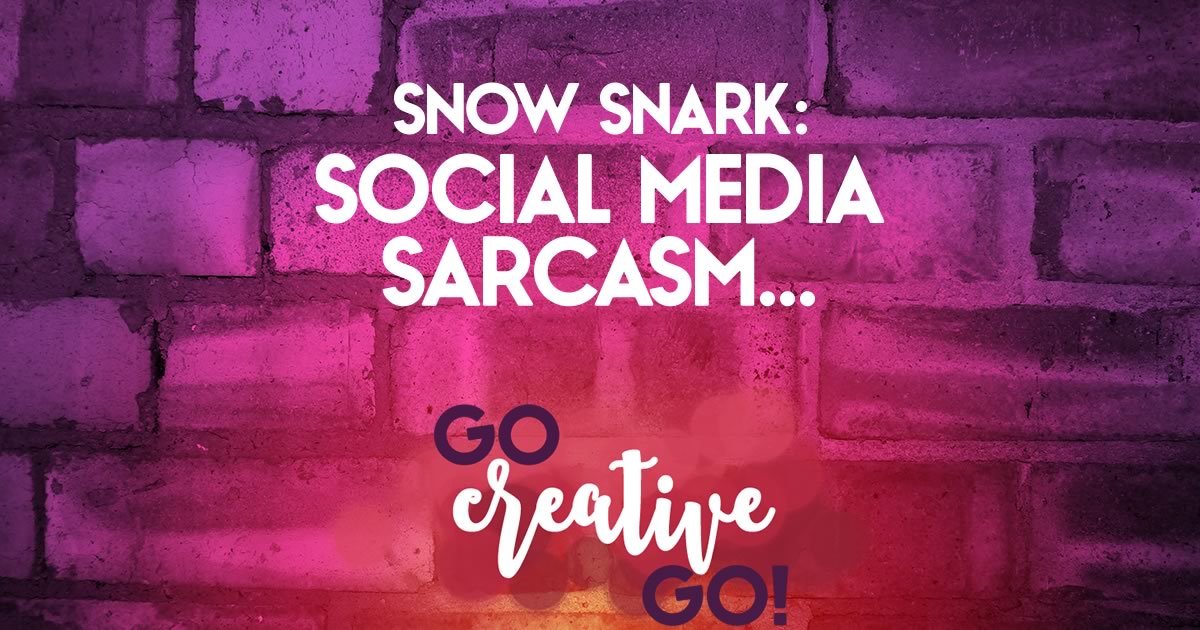 Most of us – those who reside in the south – have no qualms about admitting we can’t drive in winter weather conditions. Though I have had to do so in the past, on several occasions, it has been with white knuckles and pounding heart. I don’t enjoy it and I’ll do all I can to stay snug and warm at home in order to evade such scary driving conditions.

Snowmageddon and other names created by the media of course seem silly when the net snowfall accumulation is a few inches. However, I admit to being a bit appalled at the way some of my northern “friends” have commented on the situation. I admit that when I worked at the television station I’d roll my eyes when the news director got the ratings gleam in his eye at the mere mention of snow flurries. Most of the time the hysteria and hype was unfounded.

But sometimes the situation isn’t funny, even if the snowfall amounts to less than 5 inches.

Do your images of “real snow” and “real” winter driving conditions trump mothers, fathers, wives and husbands who spent hours – four, six, eight, ten and more – trying to get home to their families.

Do your cute memes and jokes about what the weather’s like in Canada get an elementary school child home rather than spending the night on the floor in the cafeteria or assembly hall at school?

Granted, I spent the day in my home office, safe and sound. But following along on social media I know that Atlanta drivers and those awaiting those drivers at home were worried and concerned, if not out and out scared.

The temperatures fell to 10 degrees in my area of Atlanta, not too far from the parking lots that were once bustling Interstates. Many people ran out of gas and spent the night in the cold. And it doesn’t matter where you live, spending the night with no heat with temperatures hovering well below freezing is no fun and potentially dangerous.

I could, if I didn’t think about it, scoff and make fun of people who get scared by what I’d call minor earthquakes, as I can well remember the nightmare that was the Loma Prieta earthquake,  7.0 magnitude, with aftershocks larger than most of the quakes that have worried those online friends.

But I know better. Why. Because I grew up in California, and earthquakes were something I grew up with, something I dealt with on a regular basis. Much like the snow northerners deal with on a daily basis. Atlanta doesn’t deal with snow on a regular basis. Our last snow issue was in 2011. Our city’s infrastructure isn’t capable of dealing with roads made impassable by sheets of ice.

I could ramble on and on, but I won’t. Instead I’ll just ask you to consider walking a mile in your Southern friends shoes. Imagine if you just could not, no matter how hard you tried, get home or get to your young child. Imagine walking miles on icy streets just to get home, wearing a coat for Atlanta weather patterns, not those normal to Wisconsin or Minnesota.  Consider not knowing exactly where your child was, perhaps on a bus about to run out of gas miles from home.

The idea of social is to share, but at times like this I think social should help rather than harm. While your barbs and jokes can’t physically hurt anyone, they certainly don’t help when someone is worrying or scared.

Think about it. And I promise not to roll my eyes and snarkily chime in when you think 92 degrees with less than 50% humidity is a heat wave! 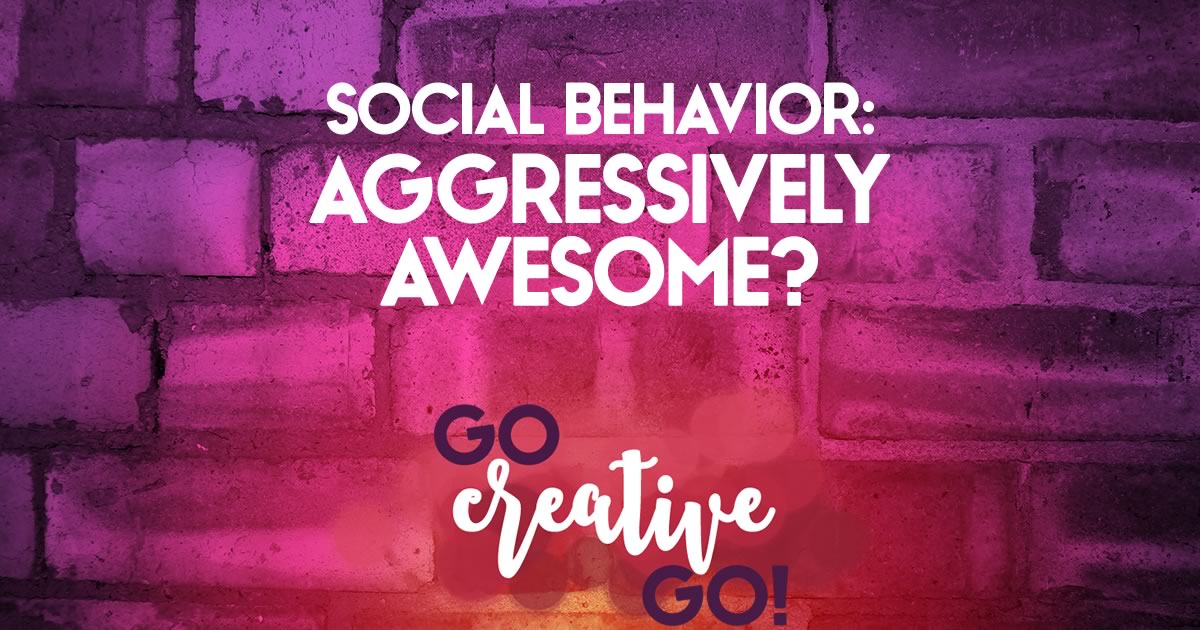 I spend a little time each day seeking out and interacting with possible new connections. It’s something I endeavor to do with intent and purpose, hoping to make meaningful, mutually beneficial connections. On this particular day I was flexing my connection muscles on Twitter. And I was outgunned.

This paragon of powerful and awesome is apparently:

Wowsers! I should, apparently, be impressed. However, I’m not. Why? Because this kind of bio screams of an aggressive attempt to alert us to a superhero presence. Folks, I love my superhero movies. They’re my go-to when I’m working on the couch with the laptop. I can spend an entire working weekend with the likes of Marvel and Justice League heroes and heroines. Yet, despite this great love for the all powerful doers of good and battlers of evil, I know that superheroes are imaginary. This is, to me, a social behavior failure of near epic proportions. Why? Read on.

In reality, where kryptonite and gamma rays aren’t factors, we’re all human. We sometimes wake up grumpy, wanting to bury our head under the pillow (this is me when the cats or husband spend the night aggressively sawing logs). Some days we spill our coffee down our shirts and have to change, sometimes twice. We have bad hair days, get lipstick on our teeth, drive too fast or too slow, break a shoelace, piss off a friend or colleague. I could go on and on, but you get the picture. Sometimes we make the wrong call on a post or share. Sometimes we forget to say thank you within an hour. Sometimes, being quite honest, we’re just FAR from perfect.

The people I look up to, the people who keep me going when I’m feeling down are the kinds of people that have learned from foibles and mistakes in their human pasts and have chosen to engage in real and responsible social behavior. They don’t profess to be experts, gurus, mavens or ninjas in an industry that’s as prone to change as Cher at a gig on the Vegas strip. They prefer to engage in conversation, with plenty of getting to know you candor, rather than creating and force feeding me a laundry list of their awesome attributes.

As for the paragon of virtue described above? I chose not to connect with her. Maybe I’m just not awesome enough? Maybe it all boils down to me being insecure or even scared. But I’m just not really up to connect with someone who probably thinks she poops pink peonies! How’s that for some alliteration?!?!

What kinds of social behavior set your teeth on edge? Please do share in the comments!