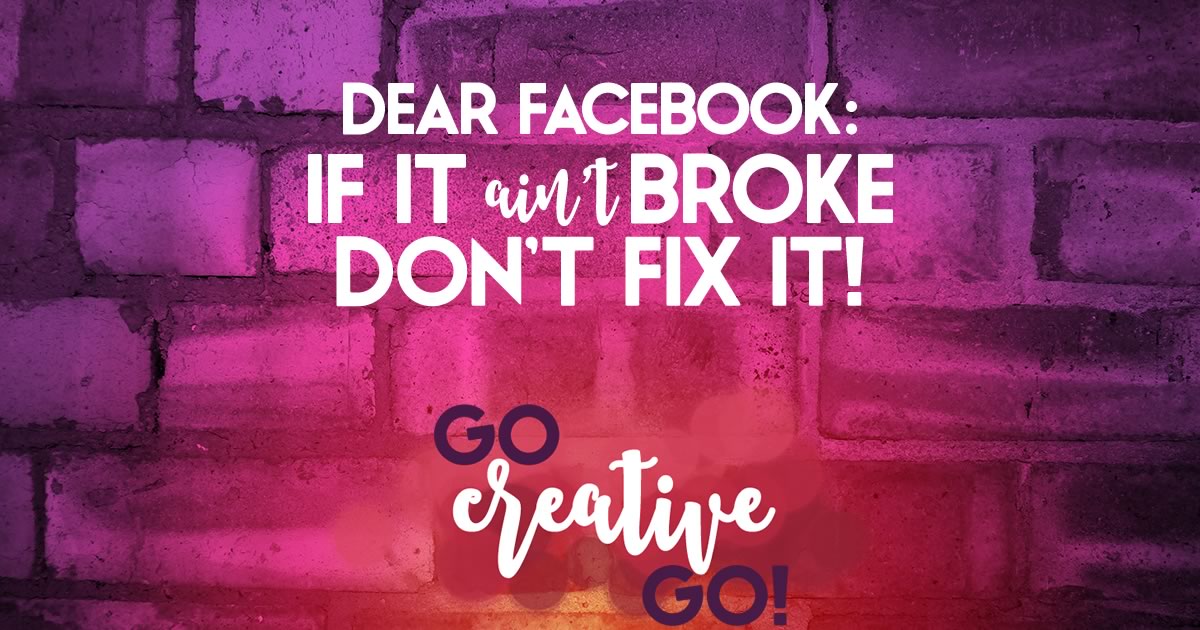 I have a couple of clients for whom Facebook is still an absolute dream. Their reach and level of activity, or engagement, has seen no drop. They continue to steadily add new page likes and continue to see positive results in weekly Facebook reports.

That’s certainly not the norm of late, when most marketers are seeing numbers continue to dwindle, especially since the calendar rolled over into 2015. My own, already less than impressive, Facebook functionality has continued to decline.

Why are these clients continuing to see so much activity. I can’t give you hard facts, but I believe several factors are working in their favor:

For those marketers managing pages of the same type, with the same continued result, I say hooray! And don’t do a ding-danged thing differently. The old adage that things that aren’t broken need no fixing very aptly applies.

But there’s another side to this story, one that many marketers and page owners are facing, and will continue to face as the year progresses. Dwindling numbers, rock-bottom reach and diminishing return on investment.

What are those in that boat supposed to do?

Hopefully you’ve never been one to put all of your eggs in one basket and you’ve been creating connections, engaging in conversation and building relationships on other platforms. Be it Twitter, Google+, Linkedin, what have you?

I’ve been seeing increased activity and killer conversation in the new year, especially on Twitter and Google+.

And if you haven’t spent much time elsewhere, it’s not too late. Get on board the Twitter train. Greet new connections on Google+. Finally devote that effort to Linkedin.

It’s never smart to rely on only one piece of rented digital real estate. You could be evicted at any time. And the landlords are in it for themselves, not for you!

This is what I’ve chosen to do. I’ll be following a strict, formulaic posting schedule for the next several months. If Facebook continues to drop as a referral source, I’ll drop the frequency of my formulaic posts.

While I have any referral links from Facebook, I won’t drop it completely. But, I make no promises once those referrals dry up and blow away.

There are several Facebook marketers out there telling you to quite whining, intimating that it’s your fault, that your posts are metrics marauders, that you’re an algorithm chaser. Here’s what I say to that:

I’m guessing you haven’t much changed your posting style and frequency all that much since you started on Facebook. I know I haven’t. I didn’t all of a sudden start posting multiple memes and monotonous, or moronic, motivational quotes.

Any changes made were those touted by Facebook themselves or the very same Facebook “experts” that are now calling many of us out as whiners.

It’s reality, and if those experts don’t like your reality, then they’re not really anyone you need worry about in future.

But it’s not going to knock you back and here’s why:

If you have to say goodbye to Facebook, it might be hard. You might feel a bit sad. But when one door closes, another opens. It might be time to see what’s behind door number two.

What’s your plan of action when it comes to Facebook and 2015?