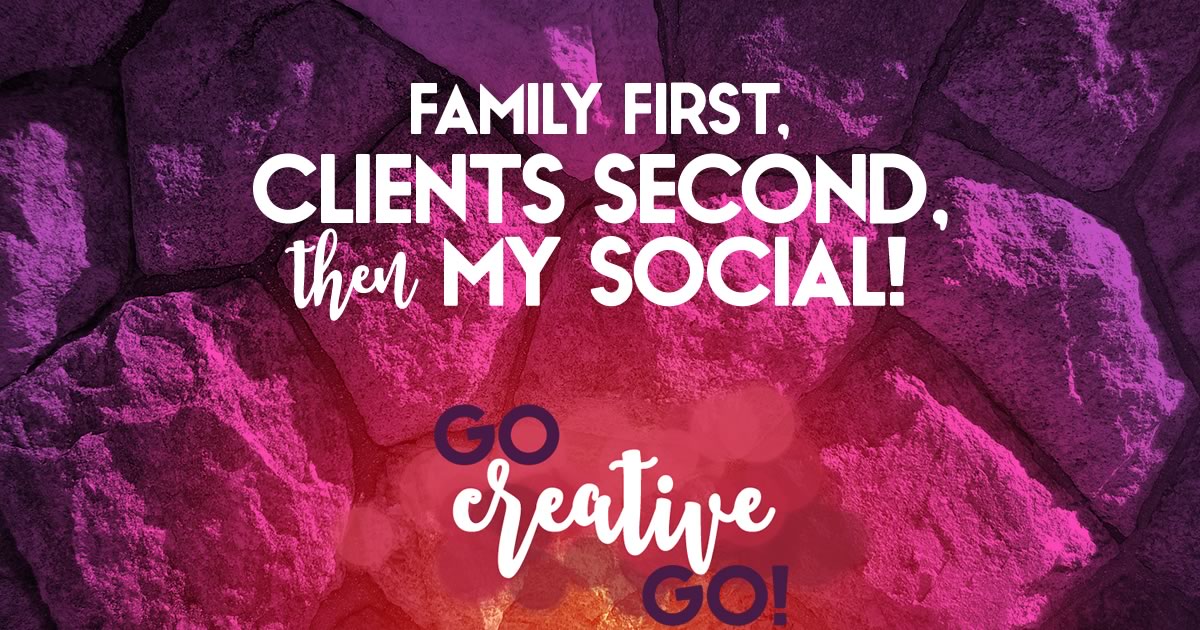 You may have noticed it was quite quiet across my social media accounts last week. And the week prior. While the week of August 10-16th was a vacation of sorts, I called it a staycation, and I worked only on my own business initiatives during those seven days, the past week was unplanned and quite difficult.

I spent Monday, August 17th playing catch-up. The usual bustle surrounding hustle as I caught up after a week “off.”

Tuesday, August 18th was busy, with appointments throughout the day, finishing off the hustle with a birthday party for my niece, turning five that day. The day started at 5 AM and by the time Derek and I got stuck in rainy weather traffic on the way to the restaurant I was fighting exhaustion and a headache. The traffic turned out the be the least of my worries.

When we arrived at the restaurant I noticed my sister’s smeared mascara and forced smile as she took me aside to let me know my dad had suffered an episode and was on his way to the hospital. The initial diagnosis was a mini-stroke. We did our best to keep things happy and festive as we waited for news.

My dad started undergoing tests Tuesday night as my sister and I waited for news so that we could sort out our schedules for the rest of the week.

On Wednesday, August 19th we were informed that it was not a mini-stroke, it was likely a seizure caused by a one inch brain tumor scans had found. Specialists were called to consult and my sister and I began the shuffle to clear all items off our calendars in order to spend time with our father.

And this is where the title and focus of this article come in. My dad, absolutely, came first, as well as my sister, my stepmother, my niece and nephew, and to a lesser extent my husband and brother-in-law, as well as all the friends chiming in with prayers and good thoughts.

But, I also have signed contracts with clients for social media management and monitoring. I didn’t leave them in the lurch. I contacted them all, shared a brief summary of what was going on and let them know I would be watching their accounts, but would be providing the minimal end of our contracted spectrum of services over the remainder of the week.

Not a single client raised an eyebrow or voiced a concern. Their accounts were populated with content and watched for mentions while my sister and I visited with my father and awaited more news. This ties in with working with only great clients.

What suffered while life was in limbo last week? My own digital presence. Tweets were few, updates far between. No new articles were published. Only the most pressing emails were answered. Inbox zero was not on my radar.

We got the best news possible, bearing in mind that it is a brain tumor, on Friday. The weekend was spent trying to get some rest, as sleep eluded me during the fraught week, and catching up on my volunteer duties as a committee member and attendee of a charity pro-am event this weekend.

Today I’m getting my clients back on track with more than their minimum contractual needs, and going a little beyond to show my appreciation for their understanding. I sent out a proposal to a prospect and I’ll be catching up on both client and prospect tasks, as well as my volunteer duties this week.

I’m publishing this article, but it might be another slow week for my own digital presence and publishing efforts. Because I have to set priorities and have to focus my time and energies the best way I can. Family first, clients and prospects second. My own tweeting, posting and publishing will have to remain on the back burner until I’m caught up and things normalize again.

And I won’t feel guilty about it.

Perseverance Is Powerful Until You Push Too Far!
Scroll to top