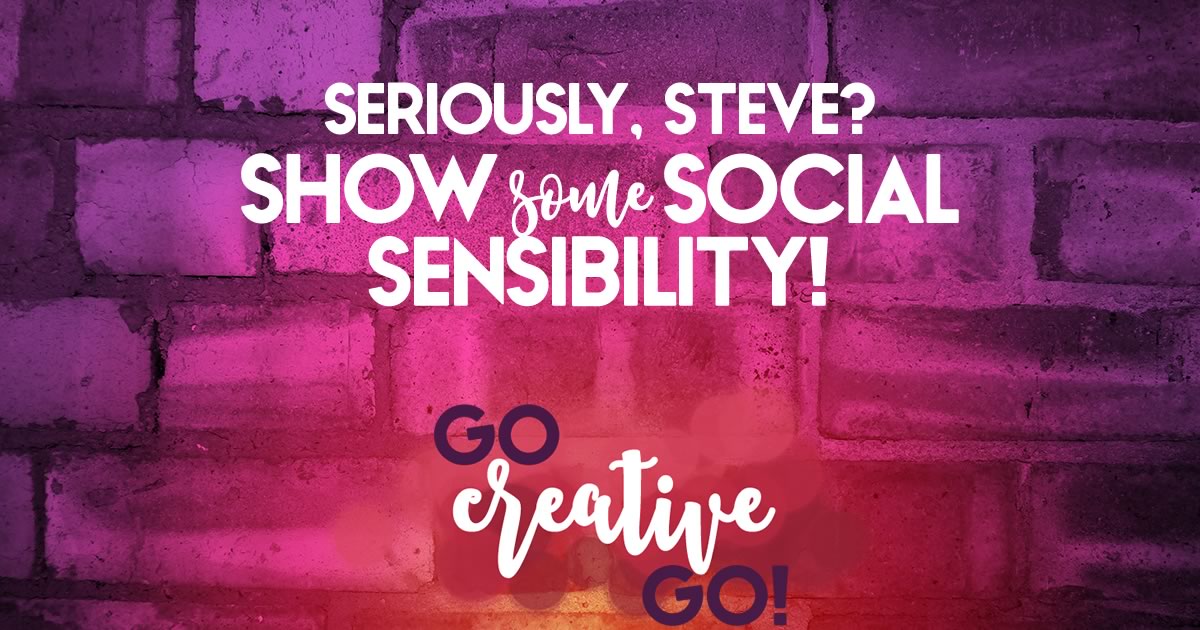 My response to this less than stellar and smart social media method.

We’ve been connected less than five minutes. On Twitter, arguably one of the most informal social networks when it comes to reaching out and connection building.

I admit it, I reached out to you, setting this whole thing off. I followed you on Twitter. We’re both marketers, I spend a lot if time and energy on Twitter … I guess I figured you might be a good bet for a connection that might lead to some conversation, discussion and maybe some shared ideas.

Then you pounced and pulverized my protocols. Yep, you messed with my mojo.

I’ve talked about this before, in an article where I discussed the difference between taking social seriously vs. literally.

I take social media marketing pretty seriously, as it’s a big part of my livelihood, of course. I understand that there are varying levels of formality and permission attached to different social media platforms.

Twitter, in the overall scheme of things, is fairly informal. It’s very easy to connect with individuals with whom you’ve never had a single conversation. It’s a simple click.

In my, probably less than humble (I’m just being honest), opinion, Linkedin should be anything but informal. There should be some reason, some meaning, no matter how small, behind each connection attempt.

If I can’t answer yes to any of those questions, I’m loathe to try to connect on Linkedin. I’d feel pushy and spammy.

Others may choose not to adhere to the same strict guidelines. Although, really, I don’t think anything I posted in bullet points is all that strict or stern. Instead I’d say it’s sensible.

In fact I often get the “dreaded” default connection message from individuals on Linkedin. Depending on who it is, and the industry in which they work, I might just connect despite the less than personalized approach.

But, and this is a pretty BIG but, that default message came via Linkedin.

It’s quite possible that one, or both, of the Steves who messaged me had the best of intentions. But you jumped the gun, dudes!

Can’t we let our Twitter connection marinate a little bit before we add to the recipe?

Let’s share a few tweets back and forth. Can we see if we’re a good match on Twitter before we deepen the relationship and go on a road trip to other social media venues.

An auto-DM that you send to everyone who unwittingly chooses to connect with you on Twitter? It doesn’t make you look on-top-of your social media game. It makes you look like someone who doesn’t care enough to take part in real time. It’s robotic, and not really very social at all.

And, immediately asking me to connect on Linkedin, which I consider the most formal of social media platforms? Way too soon!

So, did Steve do anything wrong? Or am I just overly sensitive and snarktastic? If this could have been handled a little more socially, I’d love to know what advice you’d share with our DM delinquent. Take it away in the comments below!

Facebook: If It Ain’t Broke, Don’t Fix It! But …
Scroll to top