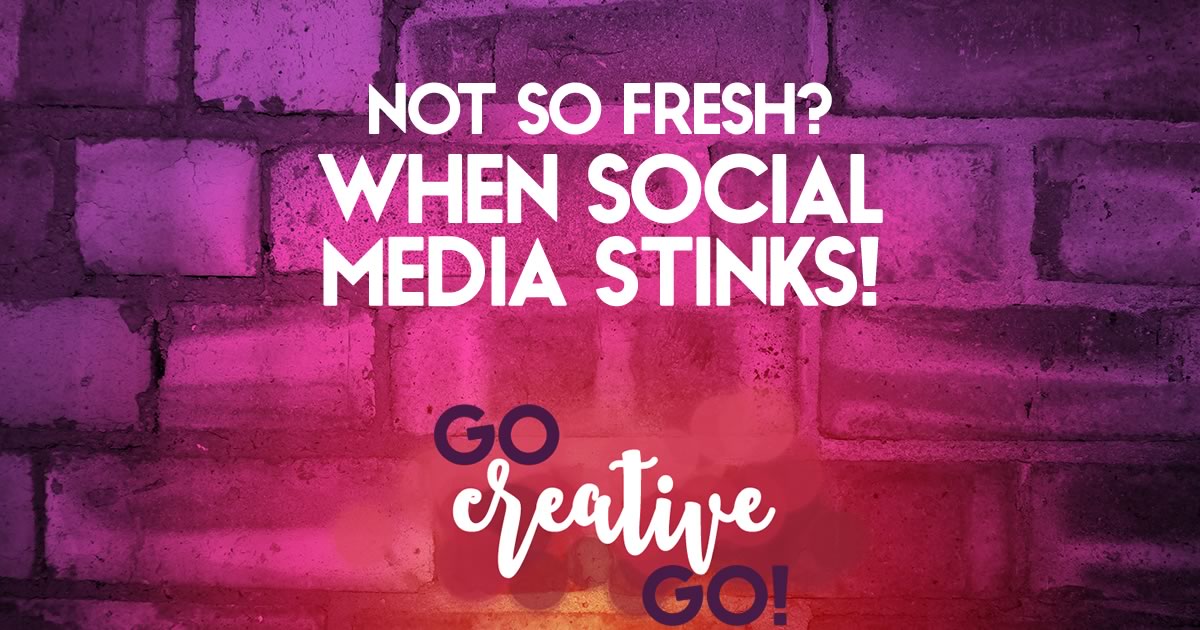 I know, I know … what a title to start off a new year! It screams of snark and sass. But it’s actually a topic I’ve been toying with for a while.

The more I’ve thought it over, the more I felt it needed to be written. And, as I began writing it, I realized there were two ways I could go with it.

Let’s dive right in to the topic, but you might want to light a scented candle, first!

Stop Being A Social Media Sycophant!

I see way too many social interactions tainted by the temptation to grab audience share by grabbing hold of the nether-cheeks of an influencer, then smooching for all smooching’s worth.

While I’m sorry about the graphic image that may be making you want to carve out your eyeballs with the nearest sharp object, I’m not sorry about sharing this sentiment.

I’m not talking about real mentor/mentee relationships that might appear to be out of balance, when, in fact, they really aren’t. These relationships involve industry leaders paying it forward and choosing to give back by taking an interest in an up and comer.

Social isn’t about you getting all you can from those with a bigger audience. It isn’t about seeing your name in the shiniest digital lights (the elusive lists that flourish online at this time of year).

In case you need a reminder, social is about real relationships. Real relationships require balance. Brown nosing to such an extreme topples this balance and leaves you looking like a social climber, rather than a valued resource and smart connection.

Can You Smell That Enormous Ego?

So, you made it on one of those best of or year end lists? That’s awesome. I actually mean that, it’s a no snark, sass-free statement!

It certainly feels good to be recognized by your peers and your audience. You’ve obviously worked really hard to make a name for yourself, to create a strong presence and share a message with meaning.

Ahhhhh, but there’s the rub. When you start to believe the hype of your own presence above the message(s) you choose to share, you’ve been bitten by the ego monster, the ME monster.

I’ve seen it happen soooooooooo many times. A peer I once appreciated for their resolve to create real connections and build long and lasting relationships deservedly makes a splash and gets named to one of those lists.

Will he or she use that nod of recognition and clout to continue to further the social smarts and savvy that earned them the honor? While I always hope so, on several occasions I’ve been sadly let down.

Too Big For Their Britches

They stop thanking their audience for sharing their articles. They start to think it’s their due as a “big timer” in the social sphere.

All of a sudden they stop sharing anything except their own articles, no matter how old and outdated.

Some even create a relevant hashtag, something that showcases his or her own content, then fill their feed with that hashtag over and over and over again. Until it begins to lose meaning amidst the stench of a sadly overinflated ego.

Let’s all get back to basics and scour that stink from social media marketing as we dive into a new year full of promise and potential.

Let’s remember that we can be proud of our accomplishments, those noted by others and, more importantly, those noted in our own minds and crossed off our own checklists.

But, it’s absolutely possible to take pride without pandering to some new sense of self-importance. Tell your self it’s important to remember social is a relationship. What does your audience see? What do your peers see?

Step away from that looking glass or reflective pool that shows only you and your trumped up sense of superiority, Narcissus. If you’re familiar with the myth, you know the ending is anything but sweet smelling.