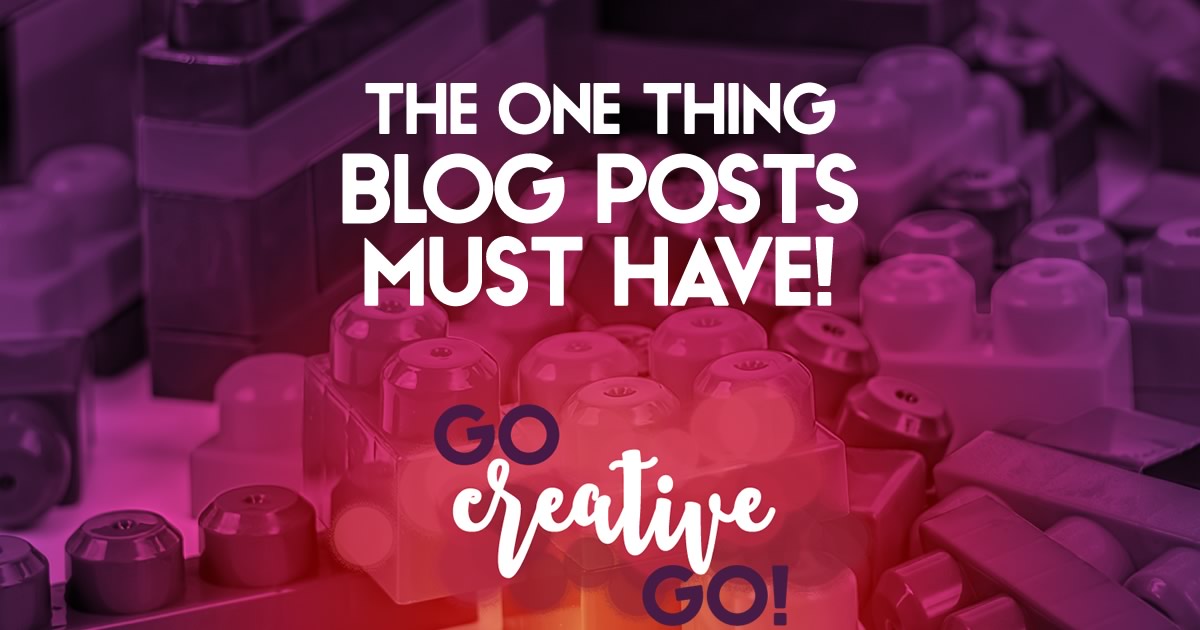 I don’t know about you, but I’m getting a little tired of the useless “MUST” list articles being shared across our feeds on a consistent basis.

Lists That Are Lackluster

3. a lack of brilliance or vitality.

The last time I dissed the list, I was discussing the lists of “people to follow.” I still find those lists amusing at best, annoying at worst, as they rarely do more than list friends and continue to pander to “influencers” with whom the author is trying to get in good.

But today, I want to take a look at the listless and lackluster list posts that describe, in minutiae, the how to actions of crafting the perfect blog post. The lists inevitably include the following MUSTS:

Sure, there’s a small faction of newer, often called newbie bloggers, who might need a little help when it comes to the mechanics and structure of the post.

But following a list and checking off boxes isn’t the secret sauce that takes dry and dull to delicious when it comes to publishing a post that will get read and shared.

You’ve got to dig a bit deeper to deliver.

And what exactly are the goods? Y-O-U are the goods. All the things that make you uniquely and absolutely you.

I know, that sounds pretty froufrou coming from me, especially when you’ve become used to my snark, sass and tell-it-like-it-is delivery. Don’t worry, that’s coming up!

You aren’t sharing you when you regurgitate the same tired spiel that’s been rehashed, reborn, renewed and re-read over and over and OVER again. You’re sharing someone else, no matter how much you believe you’re adding your own unique spin and opinion.

Would you like to know why many a list post is listless and lackluster? Of course you would! It’s because they’re pretty easy to churn out and they don’t necessarily require any conviction or sharing of deeper opinion. Especially when it’s a list you’ve already seen!

Lists are often lazy! I know, I know, that goes against all the tips you’ve probably been seeing ten to fifteen times per day.

There’s nothing wrong with looking to your favorite bloggers and authors for inspiration. But inspiration often inspires the sad and same old regurgitation of what’s already been published, the already very well said and discussed.

If you want to STAND OUT, you’ve got to take a STAND that matters to you and your audience. Lackluster list posts don’t stand, they lean on what’s already been done. And when you lean too long on others, you often lose what makes you strong, savvy and stand-out!

The one thing your blog must have to succeed is an author willing to embrace and share their real self, in their own unique voice!

If you can’t share what’s truly on your mind, you’re simply not going to engage with your audience in a real and unique way.

No, it’s not easy. It’s taken me years to become truly comfortable with unleashing all of this snark and sass. I still, occasionally, second guess myself and seek permission to post some of my strongly personal and opinionated publishes.

But you’ve got to let the real you shine through if you want to really connect. Your readers can smell subterfuge and insincerity from a mile away. Authenticity has been overused and abused, but if your publishes don’t reflect the real you and your real thoughts and ideas, you’re starting on a path that leads to pandering, which will leave your readers perplexed and less than passionate about your reads.

I know what you’re going to say. It’s not about me, it’s about my audience. Puh-leeze. Spare me already. It’s another regurgitated phrase that many a savvy snarketer has argued for AND against.

Yeah, you have to appeal to your audience. How do you do so? By being real. Being real is about being YOU! Catering to your audience and sharing the real you aren’t mutually exclusive. They go hand in hand, party peeps!

I’m not going to stop delivering my take on that debate. But I am going to wrap it up for today.

Are you ready to let the real you shine through?

Definition of lackluster courtesy of dictionary.com. 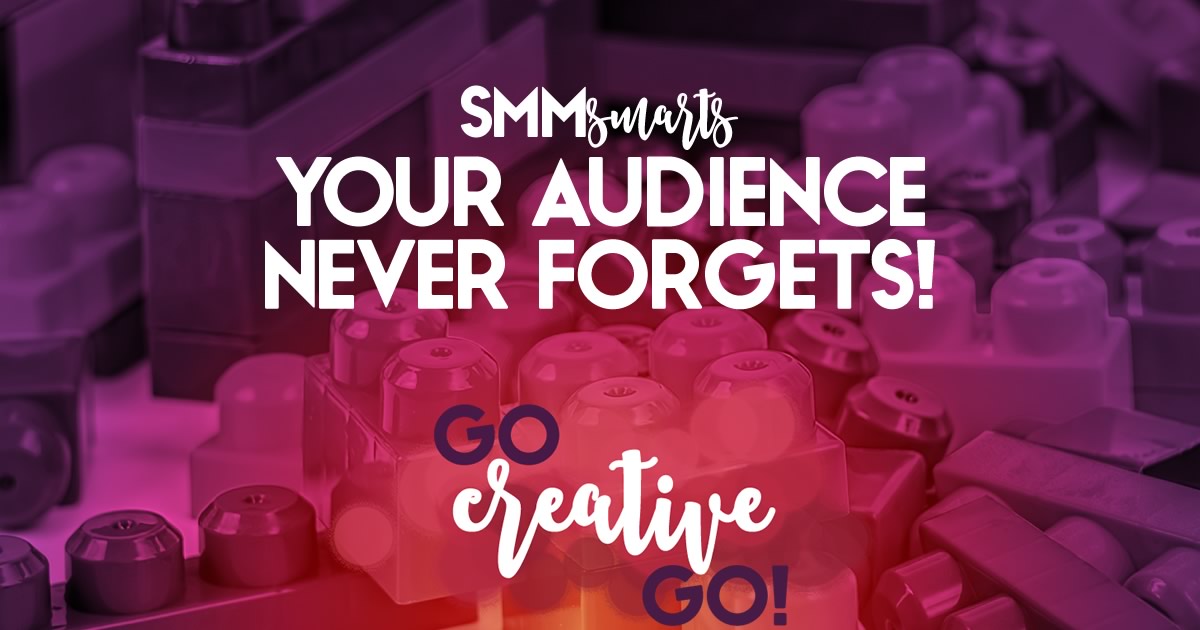 I’m often inspired by visuals. Sometimes a visual pops a title or idea into my mind. I was searching some stock photos (you do know they don’t have to suck, right? That’s another article entirely) and came across an image that sparked this idea …

When you’re building and maintaining a community, you’ve got to keep many things in mind, like:

That last bullet point is really the “golden nugget,” if I can steal my gal pal Brooke Ballard’s catch-phrase, I hope you’ll take away in this read.

Sadly, there are so many ways you can lose the trust of your audience, your community. We see instances shared across social media feeds, infractions by brands big and small, almost every day.

Because we see them every day, it appears these kinds of blunders are barely obvious to the bulk of brands and marketers. Which is rather frightening.

When I’m part of a community, or a member of a peer’s audience, I find the following infractions most daunting:

It’s really not all that hard to ensure the content you share actually gels with your audience. Ready for the big reveal? READ before you share! So simple, yet so easy to forget.

When it comes to curating and then sharing killer content with your audience, there are no “trusted” resources. If you don’t read, you’ll get burned eventually, no matter how big the name behind the publish.

If spamming the community is a no-no, then it’s pretty obvious that you shouldn’t only share your own stuff, every hour, on the hour!

If you expect your community and audience members to act in a certain way, you must lead by example!

There’s nothing worse than seeing a strong opinion stated, and stated well, then watered down with wishy-washy replies to dissenting opinions.

When you share an idea, there’s always the possibility that the entirety of your audience is NOT going to be on board. Agreeing to disagree is an art form. It doesn’t mean you roll over and lie dead, diminishing the impact and intent of the idea you felt must be shared.

There’s nothing worse than a hostile takeover … of my social media feed!

The stuff you’re jazzed to share? We’re sure it’s great. We trusted you enough to follow you, thus we think you’re head’s on straight. That doesn’t mean we want to see your avatar fifteen times in fifteen minutes.

Spread the love around, in a timely and tempered fashion, with some smart scheduling. This goes for Twitter, Pinterest, Facebook, Instagram, Linkedin and Google+ (and basically anyplace else that delivers information in a feed).

If you name call or are too aggressive and act the ass, your name is soon aligned with that most overused and abused buzzword, “hater.”

While I think the term is overused, it doesn’t mean the behavior is okay. You can’t bully your way into influence or prominence.

Forgiven Is Not Forgotten

Though you might manage to make an appropriate apology for your blunder or faux pas, the infraction will not be forgotten.

Your audience will remember. Though they might forgive the infraction, it will be stored in the vault of their memories. Secondary stumbles won’t be so easy to shake off.

Trust earned is so valuable. Trust lost is a tragedy. Don’t engage in activities and actions that could tumble that trust. Your audience won’t forget.

What actions and activities trip your trust meter?