Fake It ’Til You Make It Is BAD Business!

Fake it ’til you make it is possibly my least favorite of the ridiculous buzz phrases making their way around the Internet of late.

I loathe and despise this phrase. Every time I see it I swear you can see smoke come out of my ears!

Let me make something abundantly clear. I know that faking an outgoing personality at a networking event is nowhere near as damning as faking expertise of a skill-set or solution when trying to land a paying client.

That being said, I still think any level of fakery is a faux pas best avoided when it comes to doing business.

When Faking Fails You …

Most of your audience, if you’ve done a good job of cultivating the right connections and engaged in the right conversations, is made up of smart folks.

And when they can’t immediately flag the fakery, they’re left feeling suspicious, which does NOT bode well for a smart and savvy future relationship.

Acting confident when you’re feeling anything but is not a crime. However, I dare say that when you fake a feeling, it often shows you in an unflattering light. Confidence faked often comes across as cocky, making the one faking look like a braggart and loudmouth.

I personally believe there’s nothing wrong with smartly sharing nerves and/or vulnerability. That prospect is feeling a bit vulnerable about investing his or her hard earned dollars in your proposed solution.

While you certainly don’t want to come across as wet behind the ears or numbingly nervous, there’s nothing wrong with sharing some excitement and anticipation about working on the project. In doing so, I’ve actually landed clients who were on the fence, because they want to work with someone who cares about the project as much as they do!

When you fake a skill set or a level of expertise, even if you manage to learn on the fly during a project, you’re hurting your client and yourself.

Did you tell the client you were using them as a guinea pig while you learned to code? If not, you’ve actually lied to your client. Saying you CAN do something you’ve never done before, when accepting money for expertise, runs the gamut from petty theft to flat out highway robbery.

What if you’re developing a web site and you realize you can’t hard code the solution. You have to use a premium plug-in to get the job done right. The client isn’t going to be happy about the extra cost or the time to implement the new plug-in, and now you’ve shown yourself as inexpert.

Your working relationship is now on shaky ground.

When you honestly say you can’t complete a task you are being honest and open with your prospect, peer or current client. AND you now have the opportunity to better showcase your expertise by offering to bring in a colleague to collaborate on the project in order to ensure it is done right the first time.

How many times have you listened to a prospect telling you that he or she got hosed on their last graphic design, web development or social media marketing project?

Do you want to be the contractor that past client is bemoaning when the project has to be tackled again? Of course not!

I’m a big believer in the idea of “fess up before you mess up.” But I want to take that idea one step further.

You’ll be doing yourself, your reputation and your clients a favor. 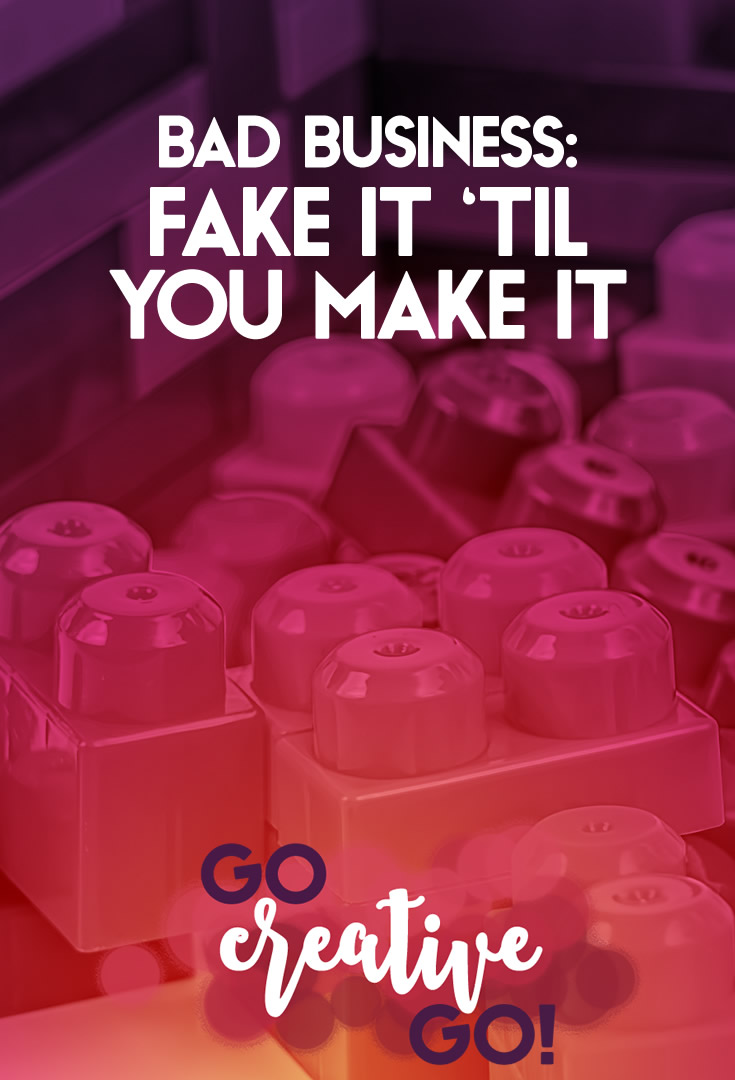 Recently On The Blog …

We love a good discussion and appreciate dissenting opinions, too!

Facebook Groups And The Freebie Fallacy …
Scroll to top