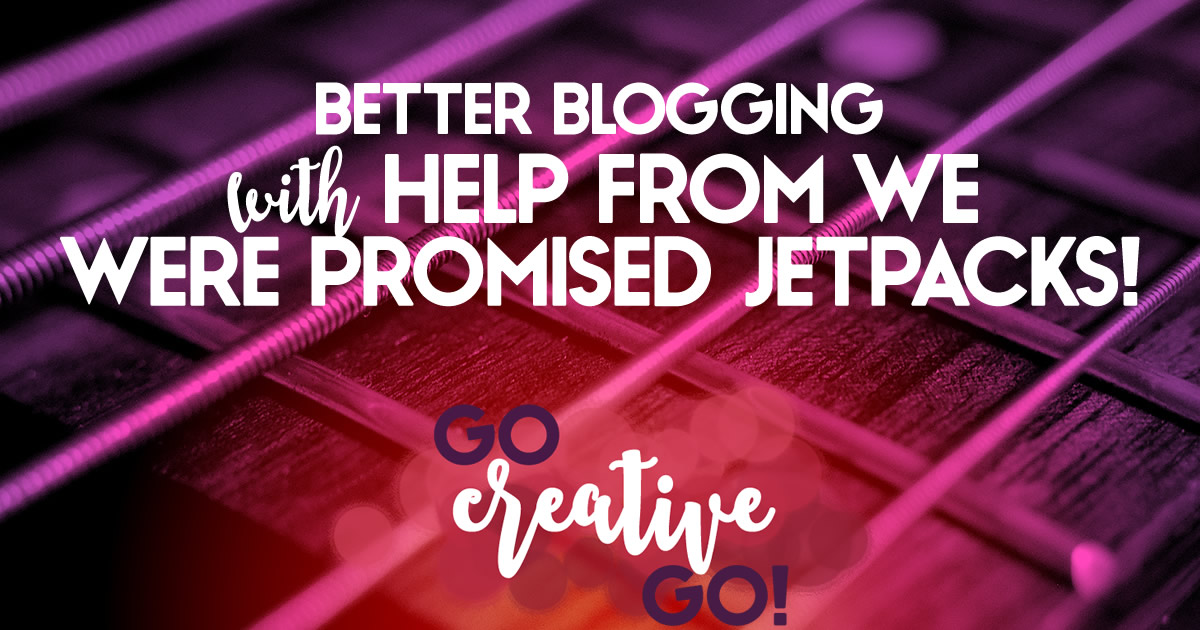 Yes, I have a thing for Scottish bands. It started with me seeing Idlewild perform “You Held The World In Your Arms” on the Jimmy Kimmel show back in the early 2000’s.

Well, it probably started WAAAAAAAAY back when I was about eight and my uncle turned me into a bit of a music nut at an early age, but we’re talking about the Scottish band thing, not my music nerd status, right?

Once I find a great new band, I then seek out all of the bands that “sound like” them. Several years later I stumbled across a band called Frightened Rabbit and I was hooked. They have been my favorite band for several years and prompted a serious seeking out of similar sounds.

But, back to the lesson and better blogging …

How can a single song from a fairly unknown Scottish band with a long name help you on your path to better blogging? It’s easy:

A conductor as in an orchestra or as in electricity?

Sometimes I like to pepper my articles with definitions from a very sound resource, dictionary.com. This article is one of them.

a person who conducts; a leader, guide, director, or manager.

What do either type of conducting have to do with better blogging? I’m so glad you asked!

As a blogger you aren’t just writing for the sake of publishing. You’re hoping for a conversion of some sort or another. You’re blogging and sharing your articles hoping to draw your readers into an action: signing up for your list, sharing your article, commenting, even – eventually, buying your product or service.

In order to craft and create that conversion you have to conduct your readers, leading them – hopefully, to take the action you intend. You can’t just holler out to take action in the loudest voice possible. Well, you can, but that’s pretty heavy handed and often has the opposite result.

There are two ways to conduct your blogging audience to take action:

First, you conduct your audience to action subtly, with nuance and nimbly adept writing. Much like the orchestra conductor directs the subtle nuances and nimble notes of the piece being performed.

Secondly, you can electrify your audience with your excitement and passion for the project.

Each approach works differently, but both can be quite effective.

Much like the orchestra conductor knows how much he can get from each violinist, from each flautist, you must know what you can get from your audience and how to get it. Then you must conduct yourself, through your blogging, accordingly.

How do you conduct your blogging audience? Are you more likely to employ electricity and excitement, or more subtle nuance?